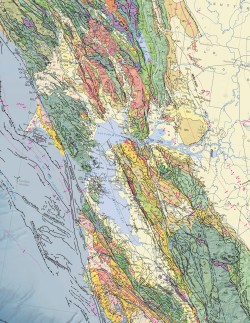 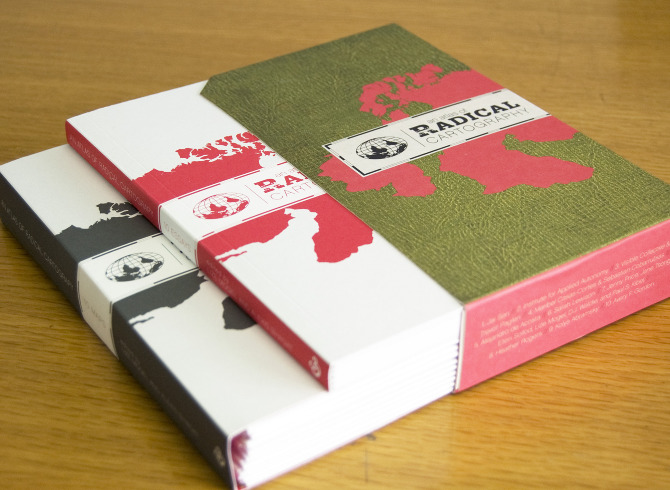 This Atlas is an atlas and not the atlas. Rather, it is one of many possible atlases, given the abundance of artists, architects, and others using maps and mapping in their work. While all maps have an inherent politics that often lies hidden beneath an “objective” surface, the contributions to An Atlas of Radical Cartography wear their politics on their sleeve. This publication includes ten pairs of politically engaged maps and texts from within the growing movement of cultural producers who have parallel or integrated activist practices.

The simplest of radical cartographies, the “upside-down” world map, appears on the cover of this book. More than a neat trick, this picture of the world has a historical basis in medieval world maps that were sometimes oriented with East or South at top. The modern north-oriented map continually reproduces the idea of the global North and the global South. The “inverted” map calls into question our ingrained acceptance of this particular “global order.” The maps and texts in this book also serve this purpose—to unhinge our beliefs about the world, and to provoke new perceptions of the networks, lineages, associations and representations of places, people and power.